Today was the first day of filming for our ‘The Endurance of Cycling’ documentary. The first in a series of short documentaries based around diverse sporting activities from people who take their sport seriously.

Hundreds of thousands of people enjoy cycling in the UK, weather its purely recreational, a serious hobbie or taken professionally. The upsurge in interest of cycling could be down to the Bradley Wiggin’s factor after winning the ‘Tour De France’, or the Olympic cycling effect after winning many medals in the Velodrome or on the road over the last decade? Which ever it is, cycling has never been so popular.

The guys in this film definitely take their cycling seriously. We follow Keith (pictured centre), who has competed in many cycling events in the UK and throughout Europe. He has also raised many thousands of pounds for MacMillan Cancer Support by competing in some gruelling and sometimes bizarre cycling activities.

When it comes to harsh conditions, physical pain, bruises or breakages, Keith has been through it all as he explains in our film. If its taught us one thing, professional cycling isn’t for the faint hearted! 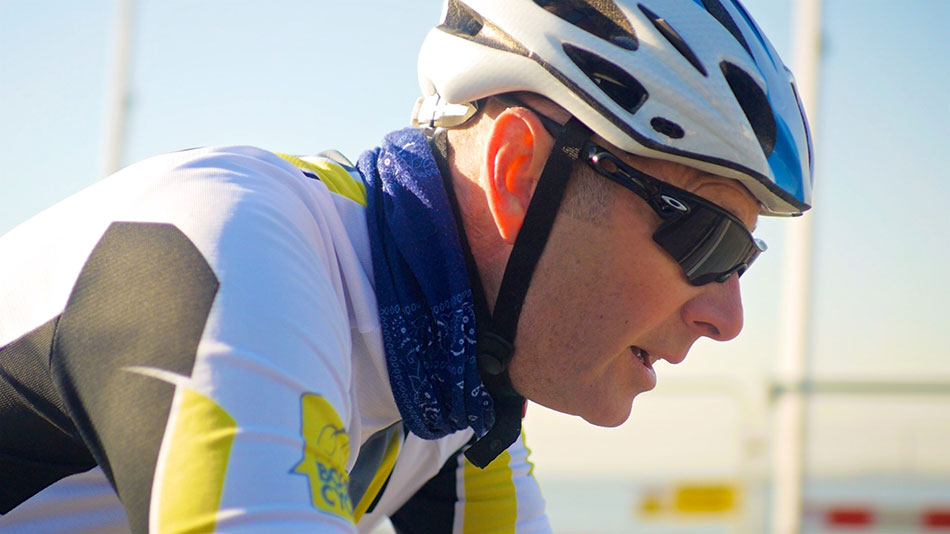