I just love filming against a black screen. There’s an intimacy that you don’t get with any other type of interview. You can achieve a similar result with depth of field, but against a screen your audience concentrates on your subject without distraction. It draws you in.

The image above is from an interview shoot for one of my ‘Moments in Sport’ series, starting with the ‘The Endurance of Cycling’ documentary, the first in a series of varying sport films.

When shooting photography portraits, the subject is generally facing the camera, this style of shoot creates an immediate connection with the person viewing the image and the image itself. When filming interviews a different approach is used, with the interviewee facing just off camera, and I mean just, to the point where quite possibly they are looking to the side of the lens. The audience doesn’t get the eye contact like in a portrait shot, but by looking past the camera the image becomes more natural, giving the audience a feeling they are prying into a personal part of that individuals life. Your no longer involved, but are instead an observer, listening in on a conversation between the subject and the interviewer.

A distance needs to be set between the camera, the subject and the screen itself. Think about your aperture, focus on the subjects eyes and set the aperture to at least F5.6 to throw the rear screen slightly out of focus. Allowing the screen to fall out of focus always helps, especially if you’re in a hurry and find you have creases on your screen you want to hide. The shot of Keith (above) had a distance of 1.5 meters from the camera to Keith’s eyes, and 3 meters distance from Keith to the rear black screen. You can experiment with different distances based on how much light you use. 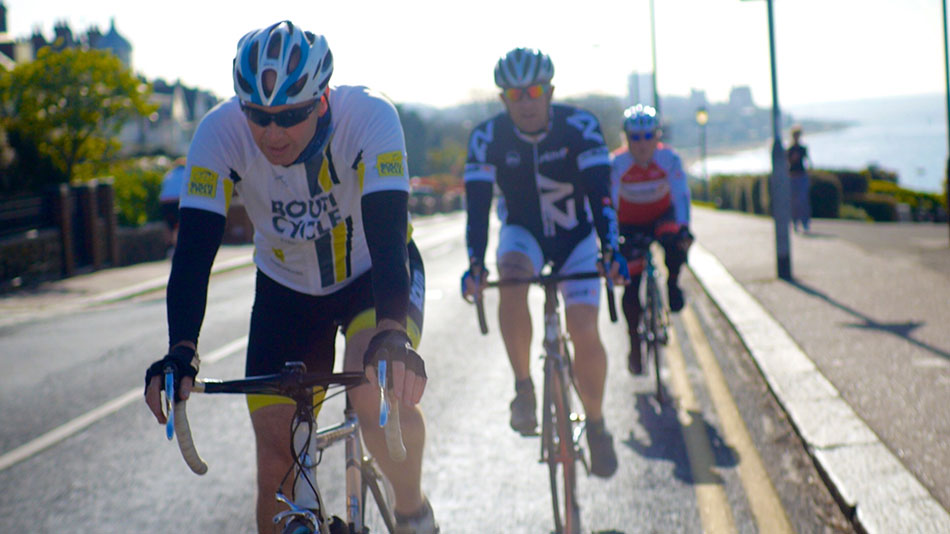 You can employ many different lighting scenarios within your composition. One light with a softbox, located above and to the right would give a nice pleasing result for your interviewee. Maybe incorporate a soft reflector to the left of the subject to offset some shadow area. If you’ve got a second light maybe use that instead of a reflector? but don’t overpower the look. The second light is generally just a fill light source. Maybe adjust the strength to between 50% and 70% of your main light. This is the most common lighting setup you will encounter. but again, experimentation is the key to finding the shot you want. Maybe move the fill light to the upper rear left of the subject to create a light bounce on the hair, this is again a common look that can add a three-dimensional appearance to your subject and works really well with certain types of hair. Maybe not the best idea though if you subject is lacking on top, or insists on wearing sunglasses to hid a certain shine! A high key light can remove wrinkles or skin blemishes and is a common technique used by most major modelling studios, usually shot against a white background though.

If you get it all right, you should be able to capture the subjects personality from just shaping the light and the shot. Experiment and see what you can achieve.

First Day of Filming for a Series of Sport Documentaries...