In the past I’ve used a number of different cameras on various filming jobs, some I’ve owned and some rented, technology changes very fast in the camera world. I started with a Sony DSR570WSP broadcast camera which we used on the low budget film ‘Timer of Her Life’ (now available on amazon), a great piece of kit at the time, very rugged. That camera lasted me three years before i started using a Sony EX3 camera, which was my first leap into HD 1080p filming which I used for a number of corporate projects, school shows and a few film projects ‘The Book’, ‘Dance Star’ and ‘Disturbance’ shown elsewhere on my site..

These days we have many more options to choose from, some of which are very cheap indeed. When the Canon 5D mkII was released I was fascinated by the filmic quality I was witnessing from a camera that cost less than half the price of a Sony EX3. Not only that, it was a DSLR camera that was much lighter and more manoeuvrable than my previous cameras.

I quickly realised that the Canon DSLR’s had limited features, most noticeably audio controls, and a large amount of jello and moire from the CMOS chip, but had the added benefit of achieving great depth of field results, something that just couldn’t be achieved on standard broadcast cameras. At the time I couldn’t afford the Canon 5D mkII but later purchased a Canon 60D which was nice to use, especially with the magic lantern hack for added audio controls. This was a shorter lived purchase, I did use it on a few corporate jobs, a couple of live shows (including ‘Carolyn Rowe Performs as Dame Shirley Bassey in Leicester Square’), one of my film projects ‘Haunted’ with nice results, but after a while the camera sort of overheated and I ended up with mushy looking video. Then the GH3 was released.

My latest camera purchase is the Panasonic GH3, and I have to say the image quality is friggin amazing!

Their are so many settings and options in this camera, you basically need to test each one to find an image that suits your requirements. Obviously, a good start is to read or view other reviews or users experiences with the camera, find out how others achieved their results, then build upon this to create your own.

Understanding picture profiles is the first step to manually alter the contrast, sharpness, saturation and NR to see which best suits your project. Think of Picture Profiles as selecting different film stock, the choices you make are purely ascetic and your decision. There has been a lot of talk to film with a flat film style when shooting with DSLR’s, which basically will allow more options in the edit room. I do however find that i get the best results from the GH3 with the Vivid picture profile, to me it has the lowest noise on the image which I mostly like. This is all subjective though. Every movie maker and cinematographer creates their own look and style to a film. It’s all about experimenting.

The Panasonic GH3 not only has an array of picture profile options, it also has a choice of recording options. Firstly you’ve got the option to film in 25/30fps @ 1080p but you can also film 50/60fps @ 1080p. This is better than the current crop of Canon DSLR’s which after four years of new camera’s since the 5D mkII still only allows 50/60p @ 720p resolution. Next you have recording quality options of filming at either 50mbps IBP or 72mbps All-I Frames in the amazing Quicktime (H264) MOV format, but you’ve also got further AVCHD and MP4 format options if you so wish. Personally I’ve only ever used the MOV format as its the only option which offers the All-I Frames recording. I’ve found that 72mbps All-I is great for interviews, CU shots and basically anything where the camera isn’t moving too much. Once you get into fast movement I’ve found that 72mbps creates a little bit more jello than switching to 50mbps All-I which seems to help reduce the jello effect.

Although I use a separate recorder for audio, the GH3’s audio recording quality far surpasses anything I used on the Canon DSLR’s. My old Canon 60D was the first DSLR to include audio controls, albeit limited. You could only change audio levels in the menu and not while your recording? I suppose Canon didn’t want to give too much away! Things were improved with the Magic Lantern software hack, which allowed changeable audio meter levels on screen while recording. The GH3 has all audio options built into the camera without the need for any kind of hack. 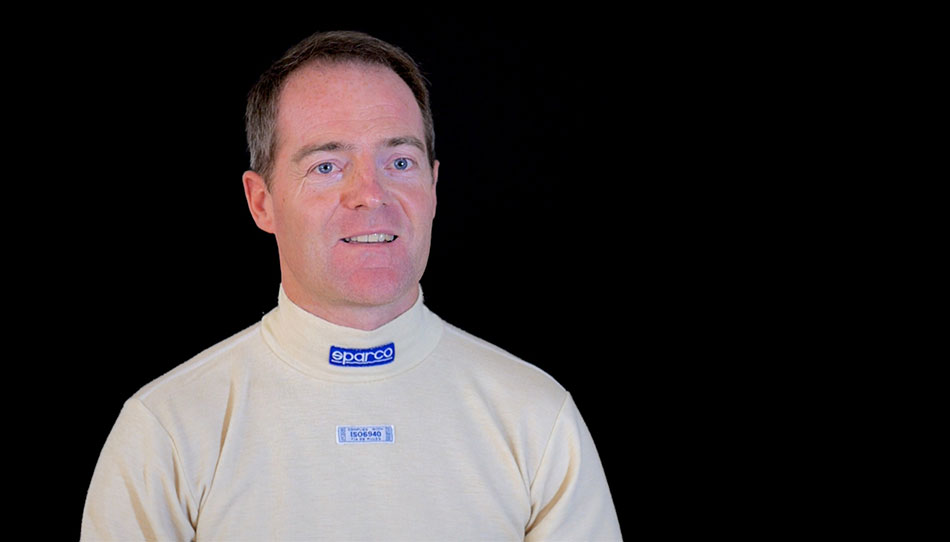 Today, I interviewed racing enthusiast, Peter Crix for one of my ‘Moments in Sport’ films. With just three F&V 96 LED Lights and using the Vivid picture profile set to Contrast -5, Sharpness -5, Saturation -2, NR -0 I was really happy with the results produced from the GH3’s 72mbps output. Internal audio even sounds great and I’m sure with a little finesse could sound as good as the H4N audio recorder.

To date no hack exists for the GH3, but I ask myself if I’d actually use it anyway? The camera already has a great image and on screen audio controls while recording. Sure technology moves on and cameras are always improved for future sales, but as a 1080p camera it almost has everything I need in the box. Maybe I’d consider it if a hack ever managed to pull off 3k or 4k video like the latest Magic Lantern hack for the Canon 5D mk3, but by the time the hack is fully working Panasonic will probably have a new 4k GH4 for sale – well, we can only hope!

On Track With Fun Cup Racing